Mr. Price is an experienced trial attorney who represents individuals who are under investigation or charged with criminal offenses. Whether it is winning a forgery acquittal in front of a jury or convincing a prosecutor to dismiss or reduce charges, Levi has a track record keeping criminal convictions off his clients’ records.

The criminal justice system is often a complicated and confusing process, each client needs an understanding guide as well as a strong advocate, and Mr. Price is both.

Prior to joining Geman Criminal Defense, Mr. Price worked as a trial attorney in the Colorado State Public Defender’s Office. During that time, he defended thousands of criminal cases ranging from misdemeanors to felonies including sexual assault, financial fraud, and first-degree murder. Mr. Price has also handled appellate and post-conviction matters. He isn’t afraid to take a case to trial and has made a habit of beating tough cases.

Mr. Price received his Juris Doctor from the University of Denver Sturm College of Law. During law school he was the winner of both the Hoffman Cup Mock Trial Competition and the Figa Motions (Oral Arguments) Competition. Not only a strong courtroom advocate, Levi served as Staff Editor and Senior Editor on the Denver University Law Review. Levi was one of only two members of his class to have their Law Review write-on paper published, authoring Chaidez v. United States: Breaking Old Ground (91 Denv. U. L. Rev. 533). The article shows Levi’s client-centered philosophy of representation when he argued that “The Sixth Amendment does not confer obligations upon attorneys; it recognizes the rights of criminal defendants.” 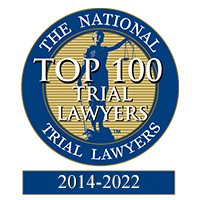