Common DUI Mistakes and How to Avoid Them

Many are unaware of the legal process that occurs after a DUI arrest, simply because they don’t believe it could happen to them. No one plans to get a DUI. But, if it happens, it’s important to know what to do and what not to do after your arrest.

The following are six common mistakes made after a DUI arrest. By knowing these mistakes and what not to do, you’ll be better equipped if a DUI arrest ever does happen, so you have a higher chance of receiving a favorable outcome at your court date.

Mistake #1: Talking to the police more than they need to at the scene.

After pulling you over, the police officer will try and investigate you for evidence of alcohol impairment. Examples of this investigation can include questioning techniques, divided attention tests, and Standardized Field Sobriety Tests.

Beyond answering their questions and following their instructions, some people make the mistake of continuing to speak with officers – whether trying to defending themselves or explaining the situation – every minute you talk to a police officer is a minute that they can get more incriminating evidence against you. The content of what you say and any slurred speech can be used as audio and video evidence in court against you.

Mistake #2: Not doing enough to prepare for your court appearance.

Surprisingly, some do absolutely nothing after a DUI arrest – especially if it was their first offense and a less severe case (there were no injuries and no other factors contributing to severity, such as a past criminal record or an accident). A DUI is not like a speeding ticket. You will have to appear at your pre-trial conference, and it’s highly advised to hire a strong defense attorney as soon as possible after a DUI arrest so they can prepare to defend you.

At the very least, it is advised to educate yourself on the process ahead with the help of your family, friends, or support system. It can be intimidating to face the charges against you and go through the stress of the pre-trial conferences and hearings, especially when faced with more severe punishments and fines. An attorney will explain the process each step of the way and give you updates on the investigation.

Many believe that because they were caught drunk driving and have taken a chemical breath test or blood test that confirms that they were driving above the legal limit, that they should just plead guilty. Do not do this, even if the evidence appears to mount against you.

A defense attorney can help you receive a lower sentence. The first plea bargain is not always the prosecution’s best offer, and negotiations between your attorney and the prosecutor can be extremely effective over time to reduce any penalties you may be facing. You owe it to yourself to let your lawyer go through these negotiations. Their experience can help you receive a better plea bargain so that you don’t have to go to trial. Pleading guilty from the start does not grant you the same chance.

Mistake #4: Not hiring a lawyer, or not investing in a good lawyer.

There are many charges and fees after a DUI arrest, but a top mistake is trying to circumvent attorney fees by not hiring an attorney or not making a larger investment in a good attorney who specializes in DUI defense. Trying to defend yourself gives you a significantly higher chance of receiving a more severe sentence. Of course, you legally can defend yourself, but even if you have a general understanding of the law, you are not equipped to defend yourself nearly as well as a DUI attorney could.

A DUI attorney will understand your case based on the evidence against you and your own story, walk you through the long legal process ahead, find holes or weak spots in the prosecution’s case against you, and be a source of support. It is strongly advised to hire an attorney with a specialization in DUI’s and criminal cases as opposed to an attorney who specializes in another area of law – even if the attorney you’re looking to hire has an impressive track record. Look for an attorney who specifically has a track record in producing favorable outcomes in DUI cases, because they understand the process and different subtleties of the DUI trial process in more depth than a general attorney does.

Mistake #5: Waiting until the last minute to hire a lawyer.

It is critical to hire an attorney as soon as possible. Ideally, hire one the moment you get home from the police station. Some wait until the night before their first pre-trial conference or their DMV hearing to call a law office, which does not give the attorney ample time to review your case and the evidence brought against you. An attorney can also help you prepare for your court date by advising you on what to wear and what to expect.

Mistake #6: Not requesting a DMV hearing.

Finally, although the overwhelm after a DUI can be considerable with an impending court appearance, the hiring of a defense attorney, and a court date looming, it’s a good idea to request a DMV hearing.  The window of opportunity for requesting a DMV hearing is seven days from the date of your arrest if you took a breath test or refused a test. It may seem like just another legal proceeding that many want to opt-out of, but a DMV hearing can be critical for getting your driver’s license back. A DMV hearing is separate from criminal court, so if you do not request one, you will not have the opportunity in your pre-trial conferences to negotiate for your driver’s license or a shorter revocation period. Criminal courts do not give sentences regarding license suspensions or revocations, so a DMV hearing is your only chance.

At a DMV hearing, your attorney will contest the evidence against you. This evidence includes the following:

Regaining a driver’s license is usually of paramount importance to those who have jobs they must drive to – especially when they need to make the money to pay for the fines and fees associated with a DUI ticket and attorney representation. Your driver’s license can be revoked for up to a year on a first DUI offense.

A DMV hearing does not take long, and a DUI attorney will represent you. You do not have to attend the hearing if your attorney is defending you. Make sure to give yourself the chance of getting your driver’s license privileges back – especially because driving with a revoked license can lead to additional criminal charges with mandatory jail time.

These common mistakes can be quite costly and knowing what NOT to do can be beneficial.

Nicolas M. Geman is one of Colorado’s leading and most-awarded Denver DUI attorneys and criminal defense trial lawyers. Mr. Geman has been nationally selected to the Top 100 Trial Lawyers by the National Trial Lawyers Association six years in a row. He has been recognized as Top 10 in Colorado for six years running by the American Institute of DUI Attorneys, and is Colorado’s State Ambassador to the American Association of Premier DUI Attorneys.

Need to beat a DUI or criminal charge? Don’t wait! Call us now at (303) 357-3035 for a 100% free consultation with a Denver DUI Attorney. We give you the highest caliber representation with a proven track record of getting results. 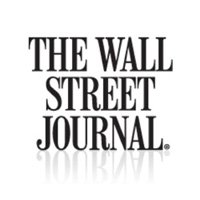 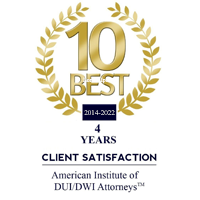