What you need to do if you have been arrested for a DUI Explained by Top Defense Lawyer.

So you got pulled over, the officer said you failed the sobriety tests, arrested you, and you have a DUI ticket and a court date coming up around the corner. Now what? Because the legal process has multiple steps and can be quite intimidating, people who have been charged with a DUI look for guidance on how best to navigate the process immediately after an arrest. Here are the first steps that should be taken.

1. Contact a defense attorney.
It’s critical to find a good defense attorney as soon as possible – ideally, right when you get home after your arrest. An attorney who specializes in DUIs and drunk driving cases is your best bet because they have unparalleled experiences in these cases. At the
very least, ensure your attorney has apt experience in criminal defense. A defense attorney should be hired immediately because shortly after the date of the arrest there will be a pre-trial conference. Your attorney will receive evidence from the prosecution, which will include notes and details from the field sobriety test as well as the results from a breath test or blood test, depending upon which one you took (or
didn’t take). Then, your attorney will conduct their own investigation. In preparation for your upcoming DMV hearing and the first pre-trial conference, the first and most important step to take after a DUI is to contact a defense attorney.

2. Call family members or a bail bondsman to post your bail.
After your arrest, you will either be released on summons or on bond. A release on summons means that you are released with a ticket for your first court date or pre-trial conference. A release on bond means that you spent time in jail, and there are conditions for your release, or a “bond.”  If this bond is broken between you and the court, the court retains the bail amount. If your family cannot afford to pay the bail, they can pay a bail bond company 10-15% of the amount and have the company cover the rest. Another possibility is a release on a personal recognizance bond. This means that you are released from custody and do not have to post bail. This release is made with your
promise to appear in court on your court date.

3. Request a DMV hearing.
At a DMV hearing – which is separate from the court process – it will be determined whether or not your driving privilege will be revoked. You may request a DMV hearing within seven days of your arrest if you took a breath test or refused a test. If you took a blood test, you will still have your license after your arrest but will need to act quickly once the blood test results come back. After the DMV mails you a letter, you will have seven days to request a hearing.  A defense attorney will represent you at this hearing and they require ample time to review the evidence against you in order to defend you effectively. 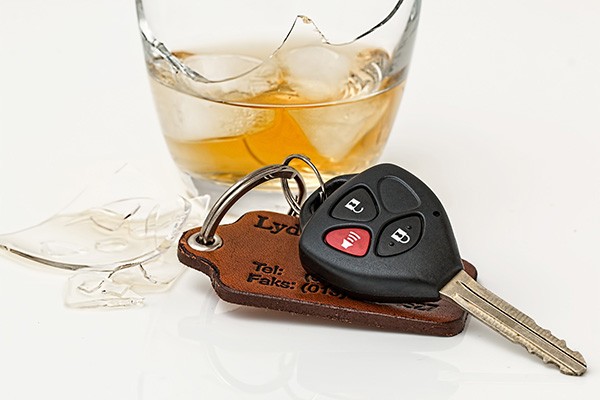 At the DMV hearing, your attorney’s job is to lessen the credibility of the evidence against you. This evidence includes all information from your arrest, including the officer’s notes from the field sobriety test conducted at the scene. This test was done to determine whether or not you were impaired and could include slurring words, failing to successfully complete alphabet or numbers tests, or failing to walk in a straight line. Additionally, the results from blood or breath tests (or, the fact that you refused to take a test) will be included in the evidence.

 Was there reasonable suspicion to pull you over?
 Was there probable cause to arrest you for a DUI?
 Did you refuse a chemical test, or did your blood or chemical breath test result in
a BAC of 0.08 or higher?

If the answer to all three of these questions is “yes,” your license will be revoked at the
hearing.

4. Prepare for next steps in the legal proceedings.
Once you have hired a defense attorney and your first pre-trial conference date is on the calendar, it’s time to mentally and emotionally prepare for the next steps. At the pre-trial conferences, which are typically between four to six weeks apart, your attorney will give updates to the judge and ask for continuances to further review evidence, conduct an investigation, or continue with negotiations. Typically, only two or three continuances are needed before your attorney will have a well defined and full picture of your case. The intention of these pre-trial conferences is to reach a negotiated resolution without going to trial. Your attorney will advise you on how to prepare for these court dates,
including what to wear and what to do in the courtroom. After several pre-trial conferences, a negotiated resolution may be reached or you can enter a plea of “not guilty,” which will move your case to a trial roughly four months in the future. The immediate legal aftermath of a DUI arrest can be intimidating and worrisome. A strong DUI defense attorney is equipped with the experience and insight to help you navigate the process. Contact one immediately, then request a DMV hearing. Your attorney will guide you through the rest.