What to Expect in Court

This is the first court appearance noted on your summons or bond paperwork. At this hearing, the judge will advise you of your constitutional rights.  This is not the trial and no major or final decisions are likely to be made, so do not expect anything substantive to happen.  Often, the prosecutor has not built a file before this court appearance and may not yet be willing to negotiate.

Some judges will take this opportunity to review your case and decide whether any pretrial conditions will be imposed. If you have any prior alcohol-related driving offenses on your record, it is likely that the judge will order monitored sobriety as a pretrial condition. Other pretrial conditions could include: travel restrictions; no driving without a valid license; no criminal law violations; or no consumption of non-prescribed drugs, sometimes even including marijuana. A violation of any of these conditions could lead to additional criminal charges, possible jail time, and will not cast you in a good light with the judge.

You may also be ordered to have your fingerprints and photographs taken by law enforcement if you have not already done so.

The next stage is called a pretrial conference.  These hearings are for us to discuss the status of your case with the prosecutor and try to negotiate a resolution that accomplishes your goals without the expense, stress, or risk of a trial. We view this as giving the prosecutors an opportunity to “do the right thing.”  We may appear in front of the judge together and let the judge know the status of the case. You will likely not need to say anything here, as we will speak to the judge for you. The majority of your court appearances will be pretrial conferences, which are typically scheduled between four and six weeks apart.

There are three possible options at a pretrial conference:

Option 1: We can ask for a continuance for more time to gather information, continue our investigation, or for further negotiations.  A judge will only allow a limited number of continuances before we will be required to go with either option 2 or option 3.

Option 2: We can reach a negotiated resolution or the matter may be dismissed altogether.

Option 3: We can enter a plea of not guilty and have the matter set for trial.  This signifies the end of Phase I, and sets the case into Phase II: Litigation, where we will take a much more aggressive posture by challenging the evidence and ultimately holding the Government accountable through a trial.

If the case does not resolve at the pretrial phase, we will enter a not-guilty plea, and the case will be scheduled for trial. However, before the trial, we may file motions and persuade the court to determine what evidence can and cannot be used at trail, along with other legal procedure issues that require determination for a fair trial.  The Court will address our motions at a motions hearing, where police officers and other witnesses may be called to give sworn testimony, followed by arguments from the lawyers. Afterward, the judge will make legal rulings on the motions.

Motions hearings are usually scheduled in the afternoons around 2:30pm and can go for the rest of the day, depending on the case.  Unlike the first appearance or pretrial conference, usually only one or two cases will be set for motions hearings in any given courtroom per day.

Finally, if there is no disposition reached, the case will proceed to a trial. The trial is where a judge or jury will decide whether you are guilty or not guilty of each charge. You may elect a court trial or a jury trial. In a court trial, the evidence is presented, and the judge decides whether you are guilty or not guilty. However, most trial cases are heard by a jury. If your case does proceed to trial, you will have significant advanced notice and we will go over the procedure with you in greater detail.

If we are able to reach a resolution, or if you are convicted after a trial, there will be a sentencing hearing. At this hearing, the judge will hear what each side believes to be an appropriate sentence. You will also have an opportunity to speak directly to the judge (if we reach this stage we will go over the process with you in detail beforehand).  Some judges will also hear from family members as well as any victims or family members of victims in the case.

Ultimately, the judge will determine what he or she believes to be an appropriate sentence based on the offense, you as an individual and your circumstances, the perceived need for deterrence of future issues, the need for retributive justice, and what other people who have been similarly situated have received as a sentence.  This is the conclusion of the criminal case. 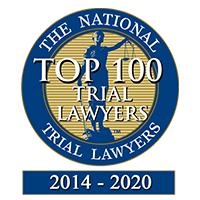